Postulate of departure: the fall of a man.

At first, everything is dark, veiled … A silhouette of man is drawn through the mist. He does not know where he is or how he got there. A void has been created in his memory … The space is cut out, we only distinguish a few parts of the whole.

The universe unfolds little by little, grows up, it has the feeling of being in the middle of something big, much bigger than him. It is like a blank page, no more fear, no apprehension, no interpretation. Just sensations. He stumbles over something, a notebook, empty. He starts looking for the pages to reconstruct the story. This notebook is like a diary, filled with memories and anecdotes. He will go through these memories and his story intensely. The story he discovers little by little pushes him to go to the unknown, to see beyond the wall.

A passage is created in his memory. A suction from the top like a black hole. The character will gradually discover and remove layers of the scenography and his unconscious to try to find who he is. He finds himself facing his memories, his fears but also his dreams … He dreams of flying, he dreams of suspending time. The idea is to create a new space, a permeable border with another world.

Le Poids des Nuages is a show built from scattered memories. An inert man on the ground gets up after a long fall. He will cross a phantasmagorical universe. What happens when our projections prevent us from being in the present? The idea is to create a new space, a permeable border with another world. It is a slow and dizzying ascent against oblivion.In this project, I wish to explore our relationship with memories and memory, I want to go and find the sensations that can discover the discovery of memories that do not belong to us more. For this new show, I will collaborate with Dominique Boivin and Sylvie Pomaret, two people I particularly like the work, two people sensitive to acrobatics, theatrical bodies, with whom I want to share my desire to mix at once an intense physical and acrobatic commitment to a poetic and musical writing for the Public Space. We will explore together a man’s relationship to his lost memories and past dreams. I imagined a singular space between the floor and an immense trampoline canvas, like a dive into the attic of memory, with the possibility of playing and passing from one memory to another in a lively, almost surreal way. The music of Nils Frahm inspires me a lot and will be I think in the heart of the show. 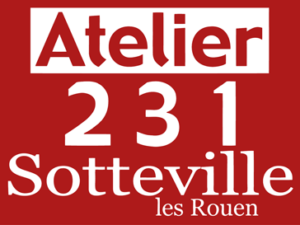